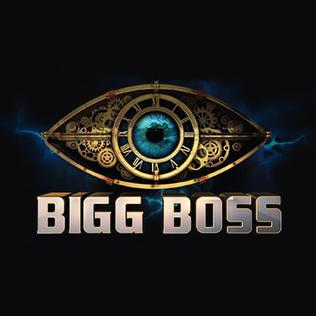 Be it workplace, classroom or in public, it is not unusual for us to see a group that is always together with likeness, seeming friendship and conformity to every thing that the group does – be it good or bad.

The group leader initiates and creates a group by connecting with on one common interest. Once the group is established, the group always agree with the majority’s opinion and follows. Despite all the disagreement they have, they stick to the created perception and thought process. When someone disagrees or questions, the group stands against them as one, without knowing the background. The group has the tendency of terming a few people like Trouble maker, Non team player, spoiler etc.

In reality, these are the ones who question them, who disagrees with one among the group, who stands out a bit ahead of them and the one who stands up their consciousness. This group conformity loses its importance when it creates a pressure that every group member takes upon themselves. This pressure comes out of immense stress and influence that comes from the group which compromises on individuality. This greatly impacts the decision making skill of an individual. This in turn creates a lot of sub groups and chaos within the group and creates opportunity for gossips. However, these gossips against a common person makes them stick to the so called values of the group and come together in taking a stand against that person.

Who does this group hate ? A questioner, An opinion giver and A whistle blower. Because what they cant take is one fact – say no to what they agreed to earlier. They come together as one because they are highly opinionated that they are never wrong, give a chance to prove them wrong and would never want to be proved wrong.

Unfortunately, in their attempt to stay loyal to the group controls, they usually fail to stand up for what is right because they would never imagine being left out and experience the lone zone. This is why the House Mates failed to stand up with Mumtaz, Mamathi and Nithya.

Nithya was once the most hated person in the program which was mostly because of the perception that the house mates had on Balaji and Nithya’s personal life. Nithya was not looked upon as an individual, instead she was seen as an extension of Balaji. Till the time, Kamal Hassan intervened, the HM’s did not even attempt to know what she is. The only ones who stood next to her was Mumtaz, Mamathi and Ramya. The same Mumtaz who had a difference of option with her supported her to the best when Nithya’s personal tiff with Balaji crossed the line. Despite, Balaji’s use of abusive words, the HM’s stood with him because he was part of their group. It was after the HM’s were shown the clips of reality, they patched up with Nithya and she became part of their group. Once she became part of the group, her opinion about Mumtaz went above the roof as she had a lot of people agreeing with her opinion in her group.

Mamathi was always hated because of one reason – She spoke an ideology that was right for herself, her flair of mother tongue was seen as over exaggeration, she was assumed to be influencing Mumtaz to stand up against the group. For some reason, the men in the house could never hear her words. Neither were they happy with her intellect talk nor they were happy when she stood up with Mumtaz and Nithya. Her stand as a Tamil Woman was only seen as a mode of creating an issue which was trolled by many because of her dress. The perception was that she was over dressed for her age and many felt that it was wrong that she mentioned that she is a Tamil Woman when wearing a short dress, the reason known only to haters, may be they should be introduced to modern thoughts of Bharathiyar.

Mumtaz, despite all her flaws, qualifies to be termed as the person that the entire group can stand against. She is a questioner, has opinions and stands up to what is right in her consciousness. The problem is that Mumtaz says no when the group says yes. From the servant/masters task, she stood up for herself. But the group were extremely unhappy and used the worst form of gossip by quoting what she did in the movies. When she played the role of a cop, the major chunk of the group ganged up against her personally as she stood up against them. This week, HM’s went overboard with the group conformity. The blue team that kept on saying that Mumtaz is going out of lines forgot the very fact that they took a giant step against her by touching her self respect and instigated Shariq to punish her. Shariq forgot the responsibility of a judge and took up a role of dictator did his best to satisfy his friends from the blue team, because had he played the role of Judge he wouldn’t have spoken behind Mumtaz to the blue team.

The yellow team members Balaji, Vaishnavi, Rythvika and Yashika were clearly bound by their group norms although they agreed that the blue team is playing revenge on Mumtaz. Mahath is extremely devoted to the group and blindly trusts what his group says forgetting the task commitment of being in the same team as Mumtaz. All he did was to make his friends in blue team comfortable while giving the tasks. The rest of the yellow team members complained to Mumtaz wanted her to talk to him about it and when she did, the team vanished. Atleast, Balaji stood up for her in a few instances despite talking behind her back.

The most surprise was at the end of the week, when Kamal Hassan was so sarcastic to Mumtaz. He cornered her completely and created an image in front of the HM’s that she was indeed wrong. The entire episode was completely biased. The Yellow Team except Balaji did not disagree with all those who raised concerns against Mumtaz, because they were scared to be left alone. The blue team played the angel card by telling Kamal that it was all Mumtaz’s fault and Kamal did the perfect job of cornering her.

One set of people were disappointed and one set thought that it was right. The problem with the viewers is that they watch this season through the lens of Bigg Boss 1, hoping to find they BB1 characters. It is time to watch this program just the way we watch a movie series. Only then we would realize that many against one doesn’t mean that the one left out is wrong!!

Cornering and plotting against someone is never right, because this would push even the strongest person out of the line..

PN: This series is not a review of Bigg Boss. It is just an analysis by applying the HM’s behavioral reflection in our everyday lives. So more to come on Behavioral analysis.